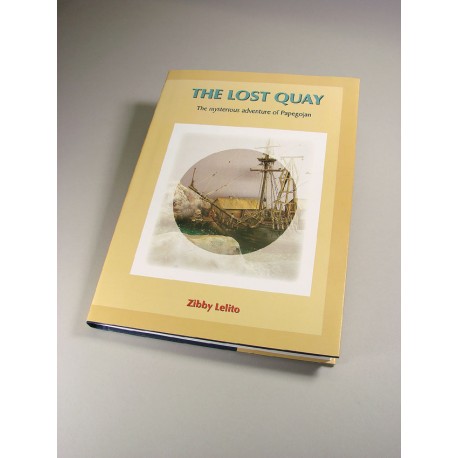 The invention of laser cutting plotters opened up a new world of
opportunities for modeling companies.
The Shipyard-Vessel Company was first to start using these devices on a
large scale. As a result, they created kits on a very high level, both
in quality and technology. Their products allow anyone to build a model
that can successfully take part in international competitions.

This book demonstrates the consecutive stages in which the sailing ship,
“Papegojan” was constructed. The model is one of a wide variety of kits
offered by Shipyard-Vessel.

Author and Master Modeler Zibby Lelito – with the help of more than four
hundred colour photographs – shows us stages of building the diorama,
while sharing his fascination of modeling and painting.

Zibby departs from the traditional form of model logbook, and turns it
into a poetic journey through time, using fragments of a fictional tale
– written by Karol Jakub Janecki – about the formation and the
adventures of the original ship and its captain.

Zibby Lelito is a modeller with over fifty years of experience. His
first models were built in Poland when no one had heard of laser cut
cardboard. With scissors in hand, covered in paint and glue, he always
dreamed of sailing ships. He devoted most of his modelling life to them.

Zibby is a great propagator of cardboard modelling and he is
endeavouring to make it well known in Australia. After all, the
modelling does not end with plastic or wood.

During 2012 he established the Children's Academy of Model Making. He
began with 16 children spending two hours per week during school to
attend a program of model making using laser cut cardboard kits. Both
parents and teachers noticed very positive changes in the children.
Since then Zibby has opened more Academies in Victoria, Australia.

Zibby is also an artist specialising in painting military art and horses.